An epic tour in the heart of the city of Rennes, follow the Guide!

If you like to explore a city by discovering the most important sites and taking the most charming paths, you've come across the right article!

Meeting Place Hoche, accessible by bus (line 36,51,70,71,15), metro (line A), or by car, less than 15 minutes from our hotel Kyriad Rennes. An underground car park is at your disposal. For the short history, this place refers to Louis Lazare Hoche, general during the French Revolution in 1789. On October 17, 1796, as Louis Lazare was crossing the square from the theatre to his hotel, he almost died in an assassination attempt! That is why this square bears his name.


Lices Square or the Knights' Bastion.

Take the passage des Carmélites to the northwest, rue d'Antrain then the 1st right to cross Place Sainte-Anne. During antiquity a temple dedicated to mercury was at this crossroads with a triumphal arch.

At the bottom of the square, you will find on your left, the street and the Saint Michel square then you will cross the Lices square. The place known for its singular fighting with spears and horses during the Middle Ages. In 1327, on the occasion of Anne de Bretagne's wedding, a knight's tournament was organised, a certain Bertrand Du Guesclin entered the "lices" and made himself known during his first fight.

Walk along the two Halles built by the architect Jean-Baptiste Martenot in 1870. Slightly on your left, take the charming little paved pedestrian street, rue des Portes Mordelaises, cross the drawbridge (built in the 15th century, it was the main entrance to the city), you will discover Saint-Pierre Cathedral.


The Opera of Rennes in style.

Continue along the rue des dames, then the old Chapelle Saint-Yves which is now the Tourist Office. Continue on rue Saint-Yves, then rue Beaumanoir and rue Ferdinand Buisson and come to the Town Hall square with its Opera with an Italian-style hall built in 1914, you can contemplate its oriental architecture decorated with 10 statues of Greek mythology such as Apollo or Euterpe.

Take the rue Brilhac, then the 1st left, Place du parlement de Bretagne. Go around the square to the right and turn left on rue Saint-Georges. Follow Gambetta street on the left. You will see the Saint-Georges swimming pool, built in 1926 in Art Deco style, classified as a historical monument. Turn right immediately on rue Victor Hugo. Continue along Martenot Street.


The romanticism of the Parc du Thabor

Pass the entrances to the Parc du Thabor and enjoy its waterfall, cross the footbridge, then the 1st path on the left, on your right admire a magnificent aviary, the playground and the Roseraie. Then go up towards the Allée des Tilleuls. Walk past the Orangeraie, the Kiosque, the café terrace (ideal for a break) and its old carousel.

Take the exit that crosses the park of the Jean Zay school group to the left to join Saint-Melaine Church. Cross the car park of the church, go along by the right, take in front of the street Saint-Melaine and here you are again on the Place Hoche. The circle is complete!

We hope you had a great ride!

Here is a small practical guide. 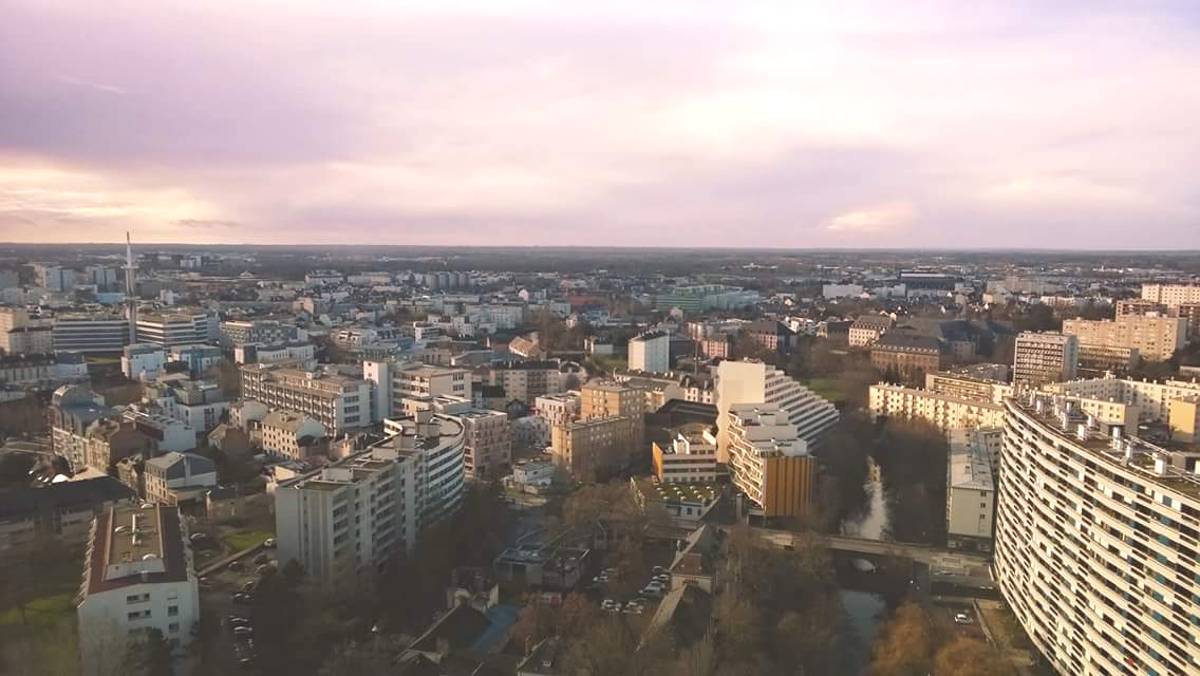