The festival Mythos in the city of Rennes and its metropolis celebrates the arrival of spring with a cabaret in the park.

Thabor Park becomes the heart of the festival

The festival is also held in other rooms, more eccentric, such as the open space theater, the antipode MJC, the barge St-Gregoire... This festival is considered as one of the most authentic and charming of the region. The atmosphere is very friendly and cheerful.

The Mythos festival is an urban festival that aims to defend the word in all its forms. A mixture of storytelling, theater, poetry, life stories and songs The festival focuses on public speaking. Every year, the festival hosts big names of the song. Mythos is organized by the Contemporary Lyrics Production Center, the Speech Arts Center.

On the theater side, find the company Lumière d'August from Rennes, the Rode company and the mentalist Kurt Demey, Adama Adepoju aka Taxi-Storyteller, the storyteller Fred Pellerin and many more!

Find all rates and programming on the Mythos festival official website

Do not hesitate to seek the advice of our team if necessary.
Back 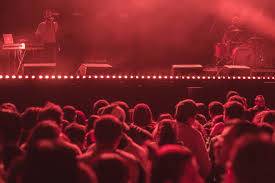